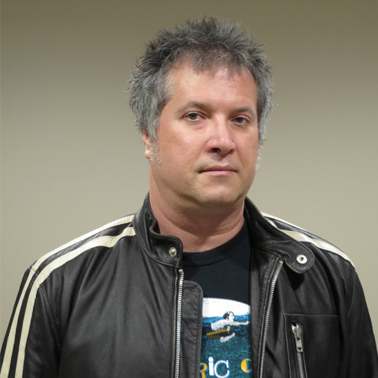 Outsidedown Productions was founded in May 2015 and is based in the Milwaukee area. This one-man studio began as a ‘hobby-on-the-side’ in 2003.

It began as an ‘audio-only’ studio, and by 2008, photo, graphic arts and video services had been added.  Finally, after many years of completing projects for both myself and others, I took the leap and officially went into business in 2015.

First and foremost, I do this because I love it.

I have been a musician for over 36 years. I was only going to be a drummer – that was the plan.  As I began to get serious and record my music on a professional level, I found that the recording studios often charged a lot of money for results that fell short of what I wanted.  I began to learn about audio recording on my own in order to produce recordings that sounded as well as I knew they could.

When I realized I had learned some very useful skills, I began producing other bands in the studio – mostly young bands with little or no recording studio experience.  I wanted to make sure they would get a great recording for their money…and make it the great experience it should be!  Eventually, I expanded into logos, cassette and CD covers, band T-shirts, posters, flyers, photos and videos, and the list goes on.  I learned how to do these things myself so I would get them done the way I wanted them done…the best quality possible and for a fair price!

If you look at the rest of this website, you will see that I divide what I do into 4 basic classifications: audio, video, photo, and graphic arts. Half of what I do involves taking old analog media and converting it to high resolution digital files.  From there, improvements, repairs or upgrades can be done to make an exciting new custom project that is convenient and fun to view or listen to. The other half of what I do involves working with brand new digital media and producing new projects.  That can mean utilizing ideas or media provided by the customer, creating new ideas, or mixing the old with the new to create yet another type of project.

I have sought out some great equipment for my studio, and I do the best job I can for every customer.  My promise to you is to treat every project like it is my own, and do it for a reasonable price.

Check out the examples posted on my site and see what you think, then give me a call to talk about your new project.  I think you’ll find my passion about what I do makes me the right person to make your project the best it can be.